Visited FIL in the old people's home on Father's Day last Sunday. Having been an Alzheimer's patient for years, his condition is slowly but surely getting worse. Even when MIL was still taking care of him at home, it was clear how tough it was to take care of him on her own, especially since one of the medication made his body stiffer than ever!!! They changed the medication, but it made him restless at nights and she couldn't sleep at all because she was afraid he may leave the house or fall down. After all, she's been wearing hearing aids since she was young, so she couldn't hear anything much without the hearing aids (have to shout really loud if she's not wearing them).

Watching FIL being a bed-ridden patient is tough. Must be especially tough for MIL, who deep down still wants to take care of him at home, but she just can't do it anymore. It took two healthy nurses a lot of time just to change his diaper and clean him up. MIL can't possibly do that anymore, especially since FIL's legs aren't as strong anymore to hold his own body weight.

Every time I visit FIL, I'm reminded of mercy and it makes me think of my old age. If God gives me a long life where my health deteriorates in ways I may not possibly guess, unless hubby can take care of me at home, I'll be at the mercy of other people (strangers).

I hope that if strangers have to take care of me when I'm "not myself" anymore, I hope they'll have mercy on me. Some people become so belligerent when they get older whereas some, like FIL, become so passive. Some manage to stay relatively healthy until the day they die (like my Dad who could still wash himself and did many things on his own until the day he got the heart attack despite the onset of dementia).

I'll never know what'll happen to me, but seeing FIL makes me want to send a wish to God that if something like this happens (either I become belligerent or I have dementia or Alzheimer's), then I hope my caretaker(s) will have mercy on me and will forgive me for my actions/words if I become such a different person later on.

The quality of mercy is not strain'd,
It droppeth as the gentle rain from heaven
Upon the place beneath: it is twice blest;
It blesseth him that gives and him that takes.
- Shakespeare
Posted by Amel at 10:31 AM 6 comments:

I've been exchanging emails with a friend who's had two miscarriages in the past (not the friend that I mentioned in my previous posts that triggered my need for closure - hence the birth of "Funeral of a Dream" - pun intended). Anyway, this woman is currently pregnant again and thankfully it seems that they're both doing OK this time (already in the third trimester now).

The other day she wrote me an email again with an additional post script: "You know, I've been wondering how much I should share my excitement over this pregnancy with you. I just want to make sure I'm not causing you some pain or discomfort. I can only imagine how tough it is for you during your IF journey."

My heart melted when reading her words. The fact that she cares only makes me want to hear more about her pregnancy and baby stories later on in the future.

Words can make or break someone. I hope that I'd be wise with my words wherever I am - not holding back compliments, not being brutally honest, but being compassionate and being able to spread words of encouragement whenever needed. But in cases that I fail to do so, I should learn to forgive myself and just try to do my best next time. May God help me! 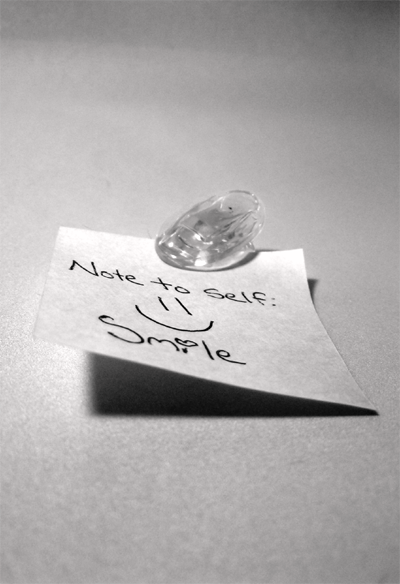