I've heard and read about Nick Vujicic, but only now I got to watch a series of his talk to school students and I just want to share one part that really touched me deeply...I haven't watched the rest, but I thought this part would be suitable for this blog...

Was talking to my closest friends about different topics and we ended up talking about unfulfilled potentials. One friend said that when she saw great pianists, she always wondered what would have happened if she had been more focused on learning the piano when she was younger. She said that as she grew older, in a way it got a little tougher to accept the fact that she may not be fulfilling her potential as a pianist because she had less and less time to reach that dream. In the past if she saw great pianists, she felt more inspired and encouraged to follow that dream because it seemed that there was still ample time to do so. However, she also said that hopefully as she grew older, she would be wiser to accept the facts about unfulfilled potentials in any area of life.

I suddenly started thinking about infertility and motherhood. I told her that for me, motherhood was similar to her pianist dream. I don't actually know for sure how much "potential" I have to be a mother, but it was a dream I had for a certain period of time.

In my simplistic mind, when talking about unfulfilled potentials, you'd either have to do something about it or let it go. Letting it go also means accepting the fact that at the end of the day, maybe you'll only have fulfilled your potential until P instead of Z. In another life (so to speak), you may have made different choices and you may be able to fulfill that particular potential fully (or in a higher level than this life), but we've only got one life to live, so that's that. And we'll never know for sure anyway if in another life we'll be able to reach that potential more fully.

In my family, my brother is the more musical one. He took organ lessons when he was younger and the teacher said he was talented. He was in the course for years and then he stopped for a while, then continued it again for a while and for a period of time, my Mom was feeling sad because she felt that he could do more with his musical talents. Then when he was at the uni, he picked up the guitar and bass guitar and nowadays he plays bass guitar at church. In another life, he may be able to perform in stages or produce music by himself. Who knows? But this is his only life and he's made choices and he loves playing guitar/bass guitar at church.

When speaking about possibilities and unfulfilled potentials, there are too many unknown factors. R2 and I have made our choices and we have to live with it. In another life, we may be trying out something else at the moment, but in this life, I'm content to be where I am - even though every now and then I'm reminded of "my unfulfilled potential" that may be painful, but I'm THANKFUL for the lessons that IF has brought, because through IF I'm given a chance to learn more:

1. How to love myself despite myself.
2. That God's grace is enough.
3. More than ever before I know that God understands my pains and He cares, even though I've yelled at Him and accused Him of being unjust.
4. That I've married the right guy.
5. The painful lesson of letting go and letting God. 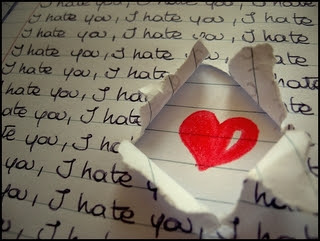 The other day a grandma came to the store and while loading her groceries to the till, she started this convo with me:

I was holding my breath a little, getting myself psyched up for what she was going to say next if it was baby related topic still.

THANKFULLY, this is what she said instead:

P.S. Another grandpa whom I had never met before said a similar thing: I'm glad to have you here. Don't ever go back to your home country! HA HA HA HA HA HA...

The Highlight of Our Vienna Trip

Mother's Day went pretty well - felt a bit bummed due to deluge of Mother's Day's cards and photos in Facebook, but nevertheless nothing worse happened. Had some pregnancy and birth announcements, but at the most it only made me feel like the youngest kid left out from a game. During childhood in the playground where the youngest kid wasn't given permission to play with the older ones ('coz the youngest one didn't understand the rules and all that and the older ones didn't want to bother playing with the youngest one). That's the closest to what I felt.

Spent Mother's Day's eve with MIL (no kids involved) and had a great time. Hubby and I both cooperated in providing the food for MIL so she didn't have to cook. Bought a gift and some flowers, too, which she welcomed with all her heart. :-D


Anyhow, we had a relaxing and lovely trip to Vienna and the highlight of the trip was the conversation we had with a mutual friend. This woman came to Sodankylä a few years ago and then went back to her home country. Back then we used to hang out every now and then and chat about anything. When she lived here, I was in the throes of TTC, so I shared with her our hopes and dreams.


So naturally after not having met for years, she asked us about baby program. She also told us that she had just started talking about having kids with her boyfriend. So I shared with her what we had experienced until we ended up with our decision to surrender to a life without kids.

She asked about adoption and I explained to her our decision. I didn't take it the wrong way 'coz I know she cared. Actually, sharing what I know about adoption and the maximum age difference between the parents and the adopted child made her think. She's now at my age when we started TTC, so she wants to learn more about her options IF for some reason the natural way doesn't work (though I hope it'll work well for her).


What really touched me and made me happy was the fact that she asked R2 about his job and life and R2 said, "I'm happy." It's one thing to hear from your spouse that he's happy, but it's a different thing to hear him say to someone else that he's happy in life. The unsaid words are "even without kids". :-D So I'm THANKFUL for this memory.

Had been feeling rather shitty lately, but then yesterday something happened at work - or actually two things. Had my yearly work appraisal talk with my boss and I was shell shocked when I heard what she said. She said that she had heard lots of positive feedback from customers about me and in my PMS state, I almost cried. I tried to control myself, though my eyes got wet and I'm pretty sure she noticed it, but she said nothing about it.

All in all, it was a much better work appraisal than I could have ever thought. I got better marks compared to last year, but what really touched me was what the customers had said about me.

Actually, in the morning before the work appraisal talk happened, out of the blue a customer said to me, "You're a wonderful person." Though shocked to hear that, I thanked her right away. I don't remember ever doing something special or extra to her, so I had no idea why she said those words that day. I was just so speechless and when she left, I was left with wet eyes again.

You see, I had been rather bummed about the upcoming Mother's Day (unlike previous years). It just crossed my mind that nobody would ever buy me flowers or Mother's Day's card or make me a Mother's Day dinner or bring me a Mother's Day's cake or whatever. I suspect that the trigger is the fact that one close friend is currently pregnant for the second time and that another one has started TTC this year.

And there I was, behind the counter of the supermarket where I worked, wondering if the job I was doing was making an impact on anyone, wondering if what I had been doing was enough or too much or whatever. Basically wondering about my place in the world and my role(s) in life. I didn't even realize how much validation I needed at that time until I heard the woman's positive feedback and my boss' words.

They just blew my mind...and today when I was digesting all that happened yesterday, I felt God's voice whispering at my ear, "You are precious in my eyes just as you are. Just keep doing your best and share my light with others." And I broke down and cried... 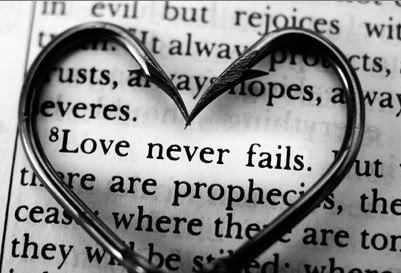 A close friend of mine has just started TTC and she shared with us that on the first month of TTC, she was surprised by the disappointment she felt when her period showed up. Upon knowing how small the percentage of pregnancy possibility per month (even for timed intercourse for fertile people), she then said to herself that it was wiser to just let go.

Then she wrote a baking analogy that made me think. She said that it was like they were both preparing a cake together and then they put in in the oven. It was then up to God whether or not to light the fire of the oven.

I told her that in our case, it felt like the cake was gone from the oven every time we gained nothing (no pregnancy). The most painful thing did not derive from the wasted invested time or effort, but probably the wasted invested combined love we had for our imagined child. It felt weird for me to write those words, but I'm going to write it down here just for the record. 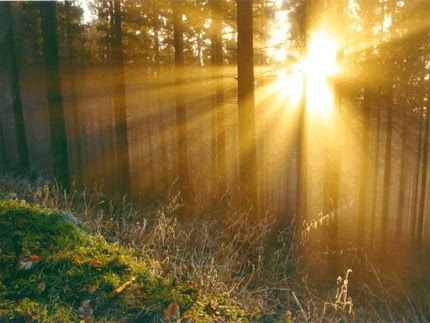 glitter-graphics.com
Posted by Amel at 3:08 PM No comments: